On Sunday Sir Plus was invited to exhibit his exceptional garments at a pop up shop on Portobello Road. There was a variety of great brands at the party, including Beautiful Bottoms, Austique, Sexy Pants and Naughty Knickers and Rafique (whose gig it was).

The event was a huge success and we're extremely grateful to those that put it on and to Alex who purchased half a dozen pairs. An attempt was made at taking a photo, but inside was so rammed it wasn't  possible.

Next fair is for Shipston Home Nursing on Tuesday and it's out in the sticks. It's the first non London exhibition for quite a while, so it'll be grand to get some fresh air and enjoy the greenery. Sir Plus will be back in London for Friday and most probably at Portobello. Check Facebook or Twitter for confirmation. 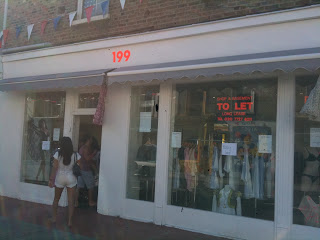 Sir Plus and Mr T (shirt)

Sir Plus had been trying to find a UK based supplier of T-shirts for a long while now and was starting to give up hope. However, just the other day he got a tip off that there might be someone that has the right machines and wants to go into business with him.

They met and they got on well, so fingers crossed you're going to be seeing some Sir Plus T-shirts very soon. As with all of our clothes, it goes without saying that this T will be original, excellent quality but how are we going to in-corporate an element of up-cycled fabric into them?

On Wednesday of this week Sir Plus had his first photo shoot. Big deal.
The first venue was an old pub in the Holborn called The Citttie of York, which allegedly (perhaps unbelievably) dates back to 1430. The interior is lined with old oak barrels and a sign above the bar boasts that the beer is brewed in 'Yorkshire's Oldest Brewery'. Huge appreciation to the tolerant landlord for letting it go ahead.

The photographers were two extremely talented young ladies called Vic and Soph, old acquaintances of Sir Plus. They came with lighting, cameras and two stunning models called Kensey and Ed. I was the chauffeur and provided the picnic.

One of the most popular products in the Sir Plus range is the bow tie. It was this item that the photo-shoot was going to emphasise and really do justice. Only spanner in the works was that nobody present was able to tie a bow tie. Oh dear.

Luckily, the location of the pub (London City), meant that there were plenty of kind gentleman willing to lend a hand and tie the knot. The second venue was St James Park, where we struggled to find a solution to this problem. (Not enough suits present). By the time we found a kind Sir to help us out, the light was fading and we were nearly caught short.

Fortunately some great shots were taken, which will be available for all to see very soon. Here's a sneaky shot of the chap who helped us out in the park. (a la iPhone) 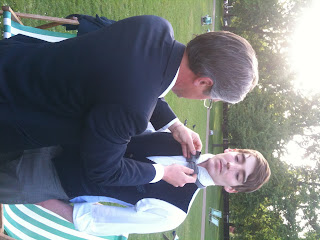 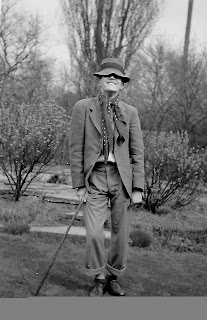 Tomorrow is the date for the first Sir Plus photo-shoot and I'm dead excited.
Whilst browsing the internet for inspiration, I found this shot. I think it's brilliant and I've sent it to our photographers and to show them how I want the clothes portrayed.

It was on the Satorialist blog, well worth a look (http://thesartorialist.blogspot.com/)

Sir Plus: The Name

Sir Plus had been trading for a good few months now and it's time to reflect.
The choice of name for any start up company is always a big deal and you're forever questioning if its right. First name we came up with was R. Suggers (thanks to Uncle Jim for that one). However, it was decided that once we branched out from boxers (hadn't expected to do so so soon), R. Suggers would seem a bit irrelevant.

Sir Plus came like a flash during a day dream and I was pretty happy with it. It sums up what the company does brilliantly and demonstrates a bit of the character of the clothes, as well as whom they target. Only problem is, are people going to think it's for over-sized people???

Well, it's certainly come up a number of times, but not enough to be a real issue. Besides, I accidentally ordered too many X-large boxers, so bring on the big boys!