Sir Plus was told that the Mayor’s Thames Festival was a gig we couldn’t miss out on, so we signed ourselves up and off we went.
We were in the “Old Spitalfields Market” section, just underneath Waterloo Bridge and opposite the National Film Theatre. Next to us was John, selling an inspiring range of prints and pictures and on the other side was jewellery school, teaching their trade.
The weather was windy and at some points rainy, but that didn’t ruin the atmosphere on the bank of the Thames. We were delighted we took part and are already signed up for next year. Here’s a sample of one of the pictures. The rest will be up on Facebook soon.
Regards, 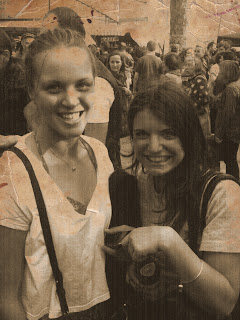 Sir Plus and Levi Roots

Last week Levi Roots was hanging around outside his Reggae Reggae sauce van and we got a chance to say hi. He gave Sir Plus some invaluable tips and said he's going to write a tune for us.
Watch this space...
Regards,
Sir Plus 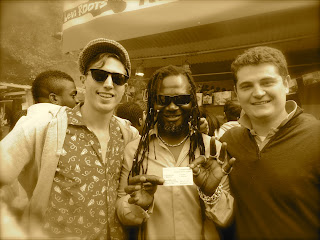