Fancy a bedtime read? Then check out our article on the fandabeedoozee Volt Cafe website

A Short History Of The Bow Tie

The bow tie is the most classic of all ties, the knot par excellence!

After all, it was the first real knot for neckwear, dating back to the 1700's. The bow tie's resilience is largely a function of the knot's simplicity.
For all its highs and lows over the centuries, the bow tie remains fashionable.
During the Prussian wars of the 17th century, Croatian mercenaries would wear colorful ‘scarves’ around their necks to, among other things, denote rank and distinguish officer from enlisted man.
The French, who were fighting alongside the Croats, were mightily impressed with this fashion innovation, and took the idea back home with them; adopting it as their own.
The resulting neck adornments were called ‘cravats’, and became quite the rage among the upper crust of French society.
The bow tie had been born, and was around to stay. 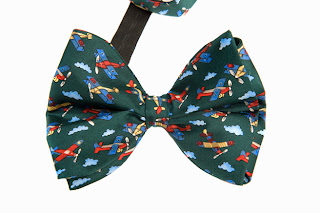 Sir Plus Aeroplane Print Bow Tie
Posted by Sir Plus at 04:09 No comments:

What we at Sir Plus want to know, is why is it normally women that receive underwear for valentines day?
In this modern world we live in, men are just as entitled to a special pair on the day of love..

As with all our boxers, the Valentines Editions are made in our London factory using a super-fine white shirting.
The contrasting floral waistbands are a nod in the direction of cupid, without going over-board.
Get them as a gift, or to impress. 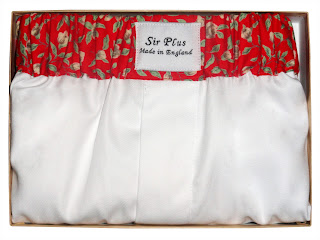